Tourism EXPO Japan, one of the world’s largest travel festivals, was held from September 22nd to 25th at Tokyo Big Sight with the theme of “Challenge to a New Era – ReStart”.

It will be the 8th time in 2 years and the first time in 4 years to be held in Tokyo. It was the first large-scale event in a long time for the tourism industry, which is suffering from the corona wreck, and its success or failure attracted attention.

According to the organizers (Japan Tourism Promotion Association, Japan Association of Travel Agents, Japan National Tourism Organization), 1018 companies and organizations from 78 countries and regions around the world exhibited, and 124,074 people visited during the exhibition.

On the 24th and 25th public days, there was concern about crowds due to Typhoon No. 15, but a total of 80,469 people gathered and it was crowded. We can see the great interest in travel, and I believe that the tourism industry was able to convey the appeal and value of travel to visitors.

At the exhibition, exhibiting companies and organizations will exhibit the development and efforts of tourism resources for a new era in anticipation of the post-pandemic period. The latest trip that draws a line is also proposed.

Given that the 2021 event in Osaka was postponed due to the coronavirus pandemic, it is not hard to imagine that the organizers were thinking, “This year will be the best.”

At first, it seems that the exhibition situation was not good, but thanks to the efforts of the people involved, it has grown to this scale. Of course, we must not forget the understanding and cooperation of the exhibitors.

On the evening of the first day of the event, Prime Minister Fumio Kishida announced that from October 11th, the limit on the number of visitors to Japan would be lifted, that visitors to Japan would be exempted from obtaining visas for short-term stays, the ban on individual travel would be lifted, and nationwide travel support would be implemented. It can be said that it is a good timing because it will lead to the elimination of the vague feeling that has been spreading in the industry.

In particular, the nationwide travel support is likely to stimulate the people’s willingness to travel, and the industry is also looking forward to it. Hopefully, it will be implemented properly so that troubles like Go To Travel do not occur.

With the “Osaka-Kansai Expo” coming up in 2025, it is necessary for the industry to work together to ensure success so that Kansai attracts attention. 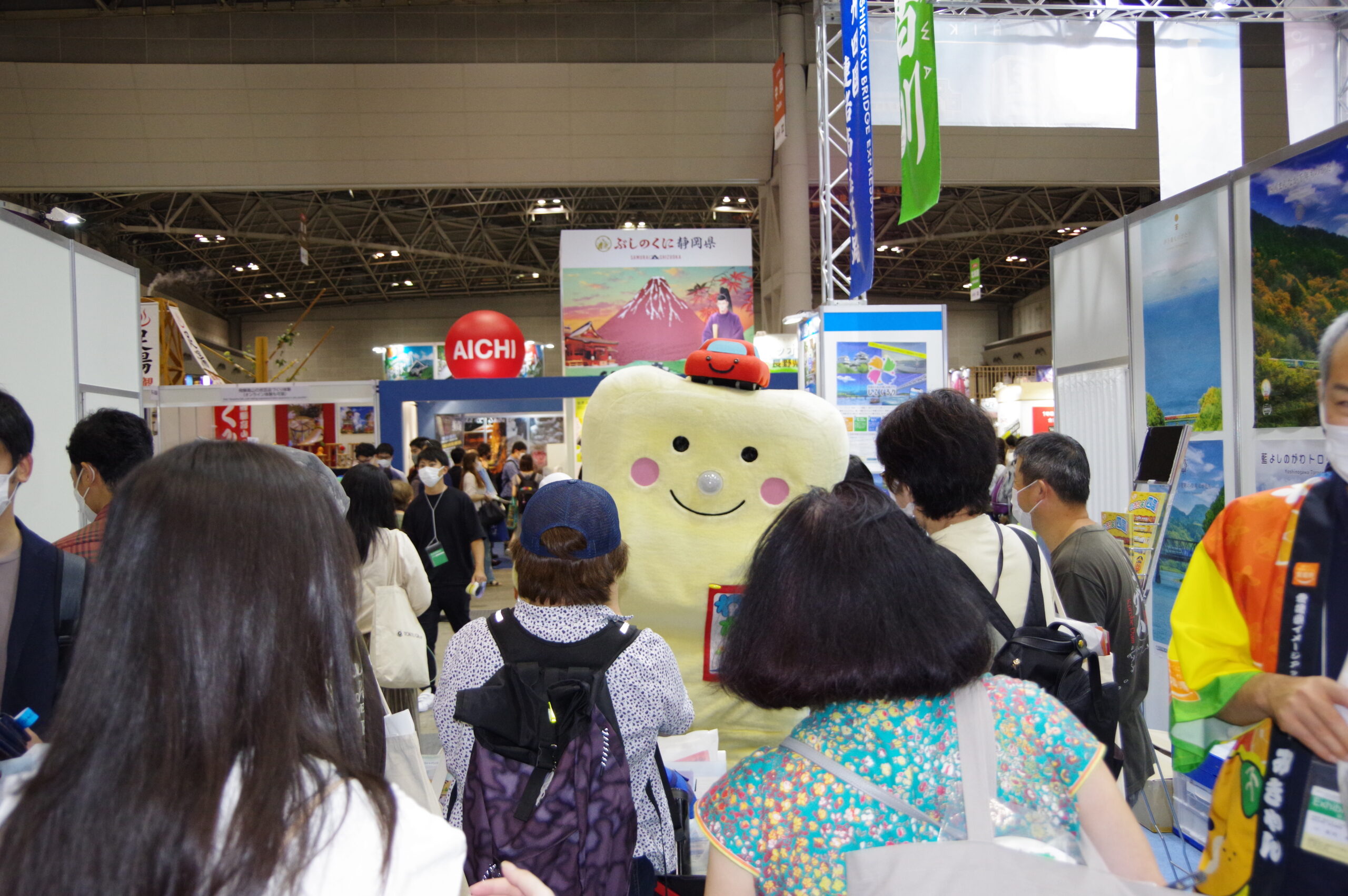 Venue bustling with general visitors.It would be great if we could rediscover the wonders of travel and become an opportunity to visit various places.