Toshihiro Nikai, a member of the House of Representatives (Chairman of the All Japan Association of Travel Agents), gave his opening remarks at the beginning of the event, saying, “On the 30th anniversary of the normalization of diplomatic relations between Japan and China, we organized a delegation of 13,000 people to visit China and planted trees near the Great Wall of China. It has grown into a large forest.Although the number of people who interact with Japan and China has decreased sharply due to the corona crisis, the number of Chinese inbound visitors to Japan in 2019 was 9.59 million.Interaction between citizens through steady activities has continued for 50 years. He has supported China-China relations. Looking ahead 50 or 100 years from now, I hope that people-to-people exchanges will be further revitalized and become stronger ties.”

After greetings from Koichi Wada, Commissioner of the Japan Tourism Agency, two landlady proprietresses of Gero Onsen in Gifu Prefecture took the podium. We had a conversation with the proprietress on the theme of “Possibilities and future of ‘hospitality’ Japanese tourism that transcends national borders.” The facilitator was Mr. Mitsuaki Hoshino, director of the International Tourism Department of the Japan Tourism Agency. The proprietresses who took the podium were Masae Nagasaka (Chairman of the Japan Ryokan International Hostess Association) of “Gero Kanko Hotel Shogetsu” and Yoshitaka Moritsuki (Japanese name: Akika Hattori) of “Yamagataya”. Four other proprietresses (Mizanso Takamiya, Izura Kanko Hotel, Kurofune Hotel, Kinseikan Seseragi) from the Japan Ryokan International Hostess Association (secretariat: Kanko Keizai Shimbun) attended in kimono.

Nagasaka has been the proprietress since 1995. She introduced the activities of the Japan Ryokan International Hostess Association, which has visited 60 cities in 16 countries and regions, including China, and promoted Japanese ryokan and hot spring culture. As for her own inn, after she moved from Kyoto to Gero Kanko Hotel, she decided in 1993 to return the group inn to “a ryokan where each guest can see their face.” He talked about the construction of a new luxury inn, Shogetsu.

The proprietress Mori, who married from Shanghai, China, to Yamagataya, a long-established ryokan founded in 1804, said, “I didn’t know anything about ryokans or proprietresses because of different lifestyles, but proprietress Nagasaka really kindly supported me. I am grateful.Believing that long-established inns cannot survive unless they change according to the times, they started accepting inbound guests.Chinese people staying at a ryokan for the first time do not know how to use a hot spring ryokan.At first, there were many troubles. However, I was able to solve the problem by carefully explaining Japanese rules and hot spring culture. Hot springs heal the mind and body. 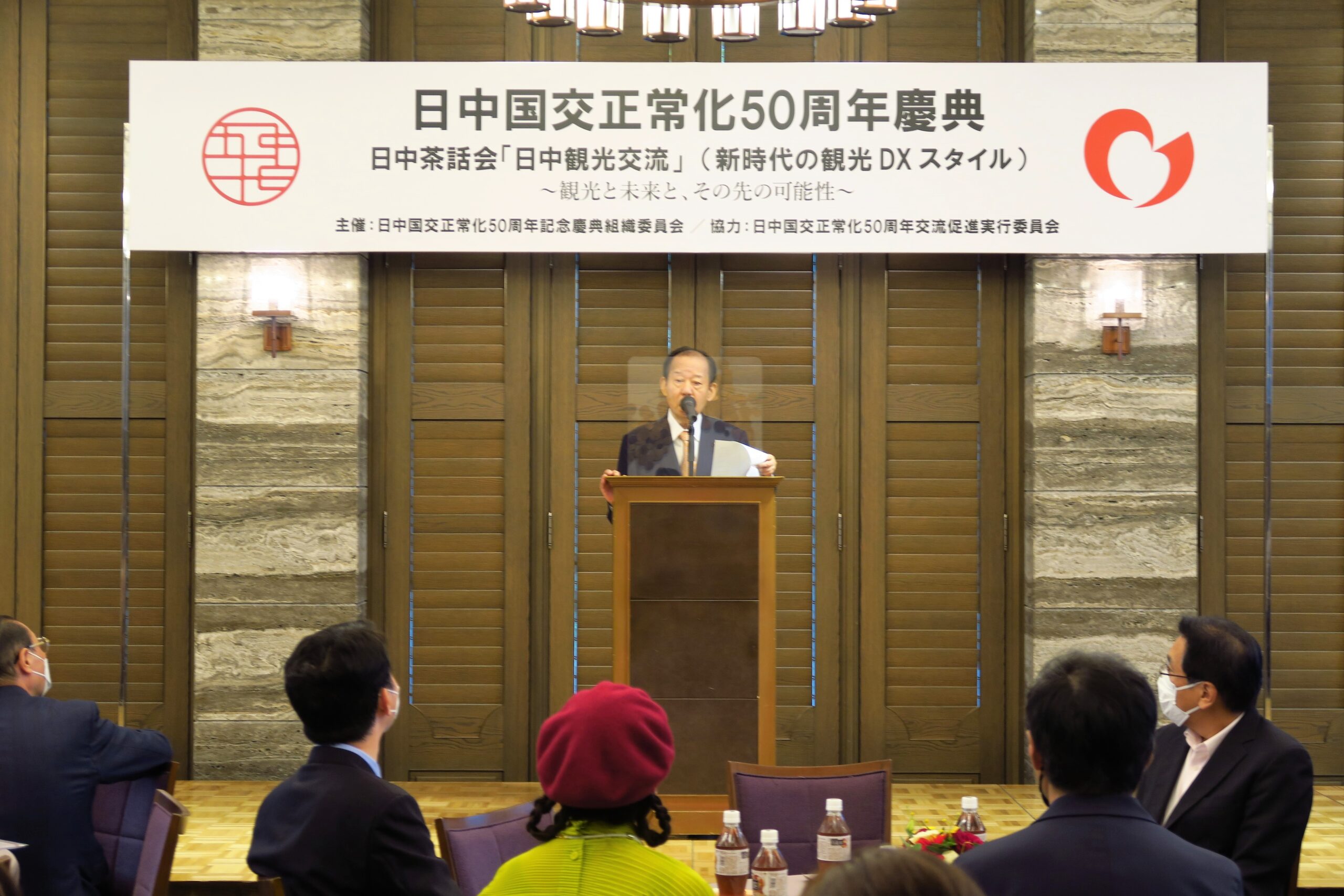 Public conversation by the proprietress of the ryokan