The world’s largest warrior procession, held for the first time in three and a half years

At the end of October in Yamanashi Prefecture, the Shingenko Festival will be held for the first time in three and a half years.

The Shingenko Festival Executive Committee (Chairman: Kotaro Nagasaki) will hold the 49th Shingenko Festival, the world’s best warrior procession, from October 28th (Friday) to 30th (Sunday), 2022. The 49th Shingenko Festival, which will be held for the first time in three and a half years, will be held in autumn for the first time in history. The idea is to carry out various new trials on the largest scale ever and to maximize the excitement of the festival. Starting with the Shingenko Festival, Halloween (October 31st), Takeda Shingen’s birthday (November 3rd), Kofu Lovers Festival (November 5th sponsored by Kofu City), Kawanakajima Battle Sengoku Picture Scroll ( November 6 (sponsored by Fuefuki City) will be positioned as “Shingenko Week”, and the achievements of Shingenko will be reaffirmed, and a grand celebration will be held to celebrate the overcoming of Corona with the participation of all citizens of the prefecture.

This is the largest festival in Yamanashi Prefecture, centered around a cavalry procession of over 1,000 members of the Takeda corps, said to be the strongest during the Sengoku period (Koshu corps departs for battle, details of the event will be described later). It was postponed due to the influence of the new coronavirus in 2020 and 2023. The Shingen-ko Festival, which will be held for the first time in three and a half years in the fall of Reiwa 4, is positioned as a beacon for the reversal offensive after Corona, and is scheduled to be held on the largest scale ever. In addition, it will be held in autumn for the first time in history.
(2) Date and time

This is the main event of the Shingenko Festival. 400 years ago, we will recreate the brave figure of the Koshu army corps led by Shingen Takeda, who went to the Battle of Kawanakajima to decide the victory against Kenshin Uesugi. Shingen and the 24 Takeda generals (among the generals who served Shingen, the 24 who were particularly highly regarded in storytelling and war chronicles in later generations) under the fluttering flag of Furinkazan, illuminated by bonfires at dusk. The Koshu army corps will create a picture scroll of the Great War. At the 41st Shingenko Festival in 2012, it was certified by Guinness World Records as the “LARGEST GATHERING OF SAMURAIS” with over 1,000 people.
The warlords depart from Maizuru Castle Park, parade through Kofu Station, Heiwa-dori, and Joto-dori before returning to Maizuru Castle Park for a ceremony to return to the front.
Every year, we ask celebrities to play the roles of Lord Shingen and Kansuke Yamamoto, who is known as Shingen’s strategist. Mr. Masato Mitani, an actor, director, and screenwriter, will serve as you. 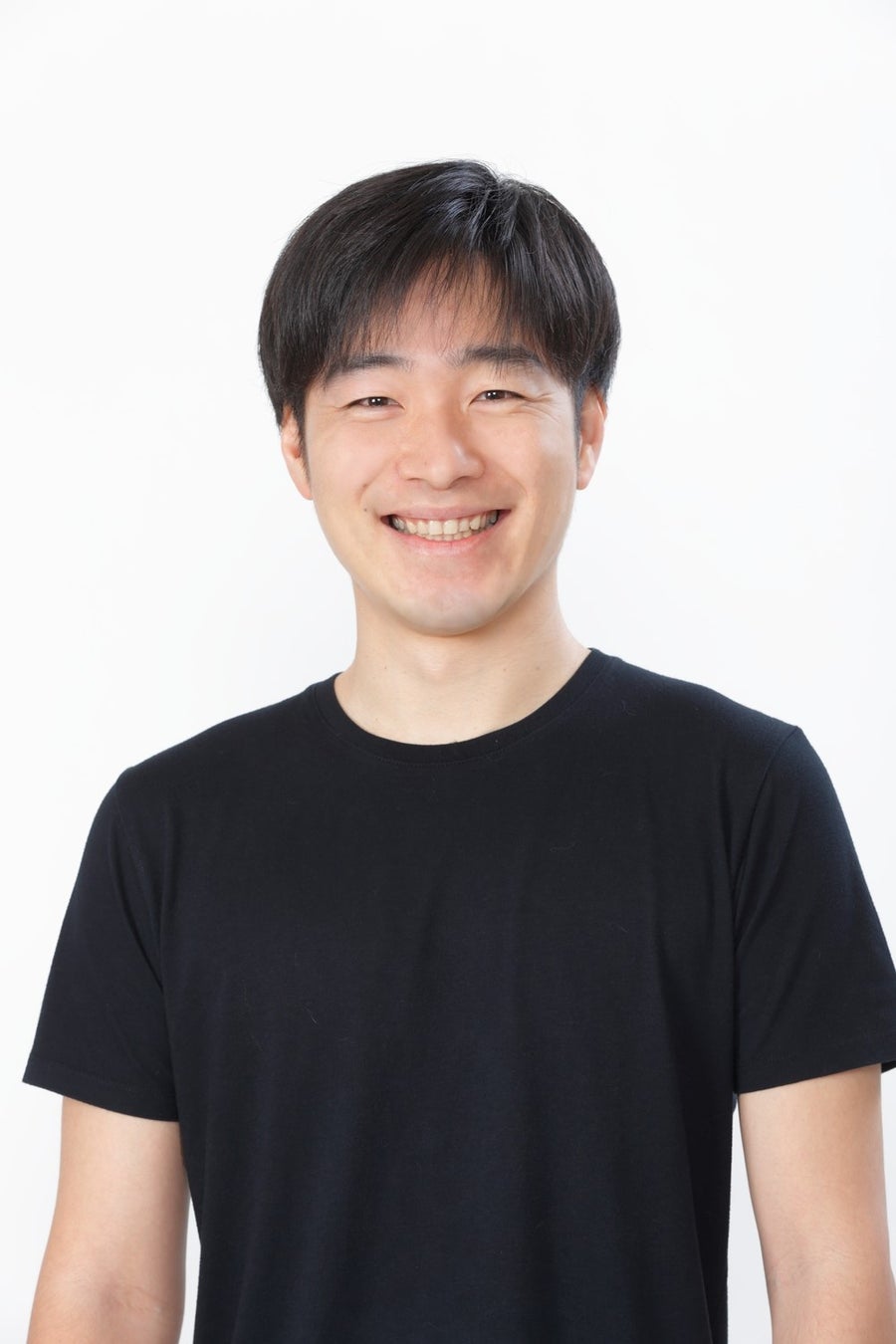 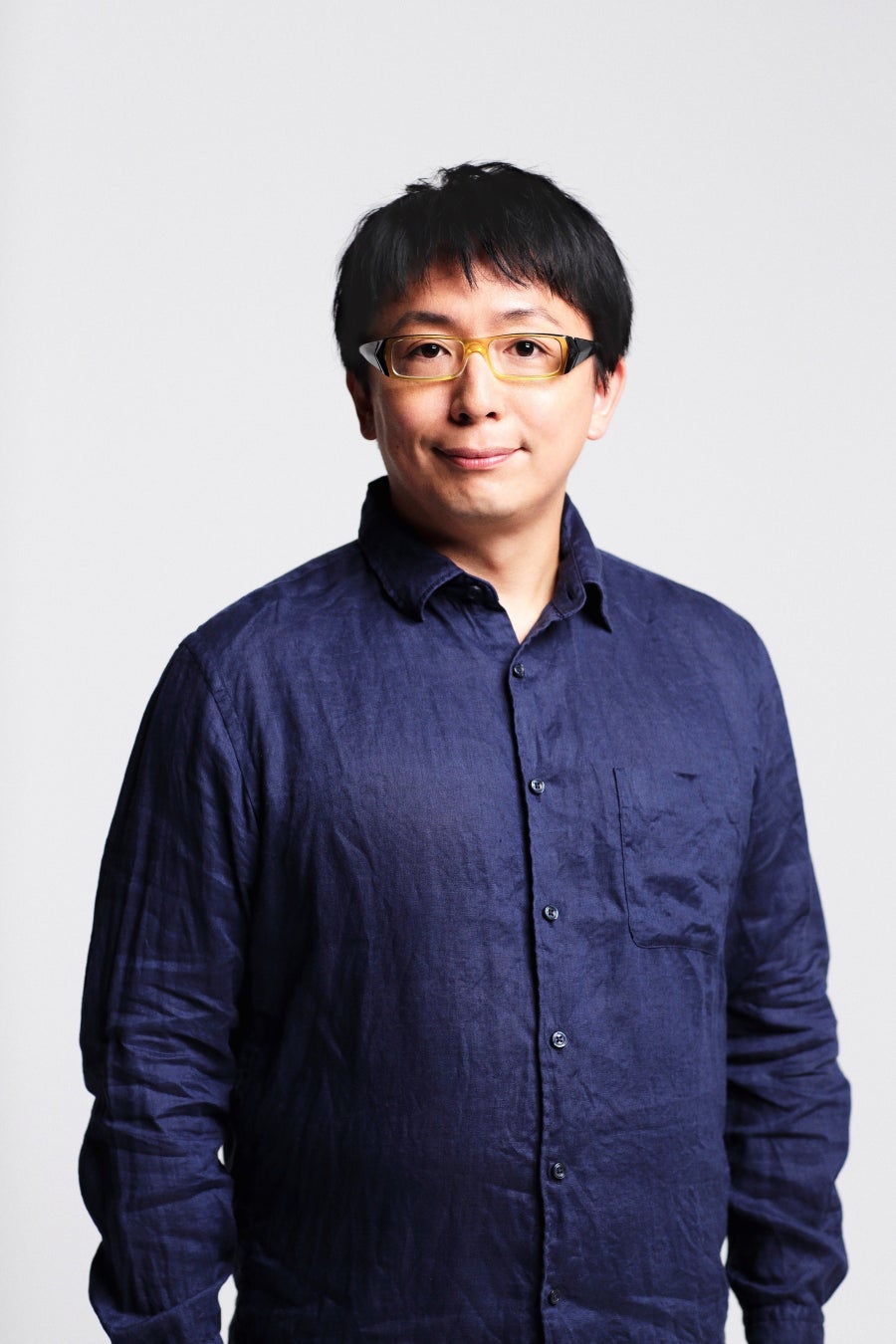 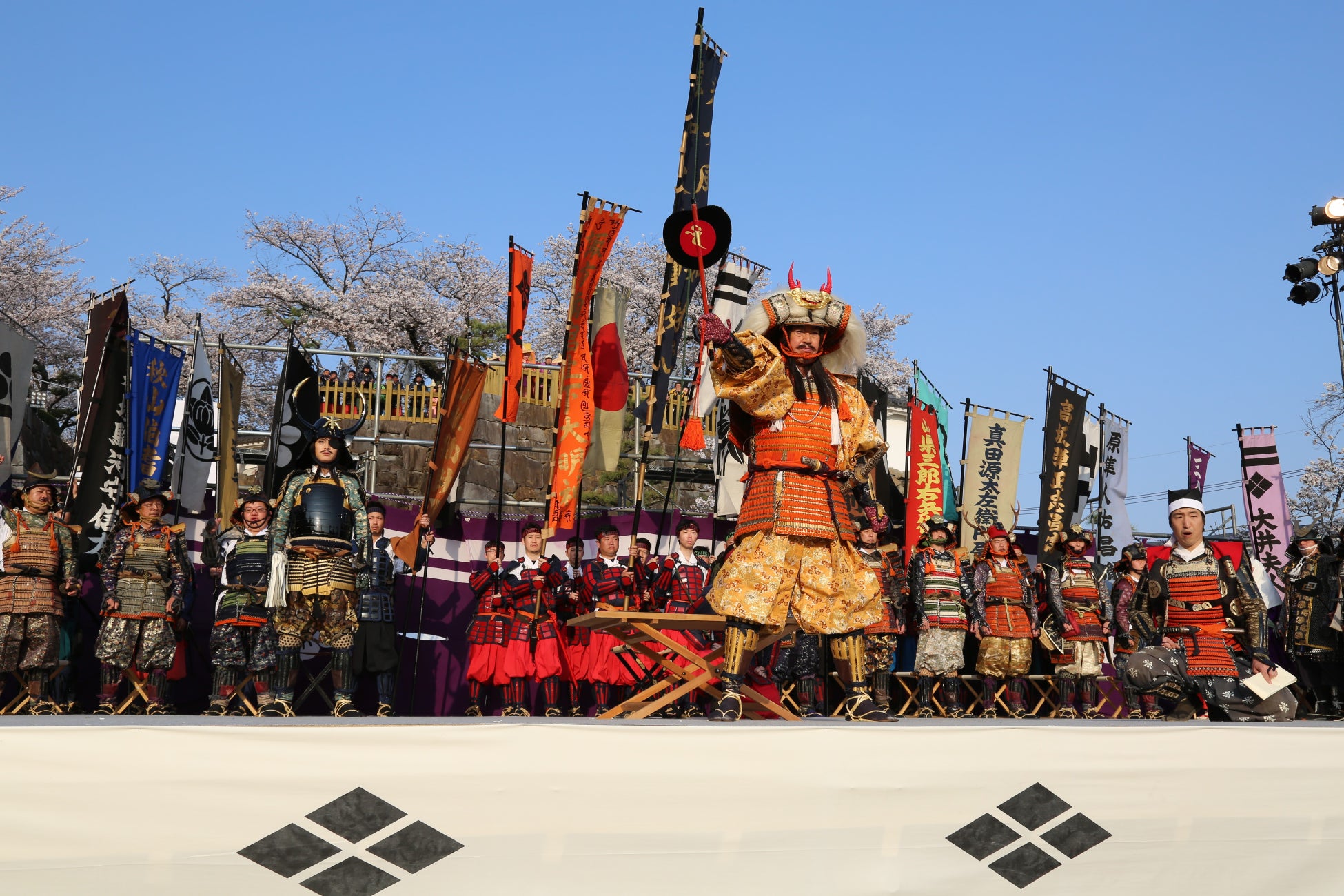 We will carry out various new initiatives to liven up the event for the first time in three and a half years.

To celebrate the Shingenko Festival, which will be held for the first time in three and a half years, we will hold a costume parade in collaboration with “Happy Halloween in Kofu”, a Halloween event in the center of Kofu city. Anyone can participate in the costume parade by applying in advance. (Scheduled to be recruited from early October to 20th) In addition to various participants such as Bourbonne, a female performer, cute infants in cardboard armor, military commanders in full-scale armor and a cavalry procession will also participate, and the Koshu corps will depart. Add color to the parade and liven up the parade.
Date and time: October 29, Reiwa 4 (earth) 14:40～16:10
Location: Heiwa Dori 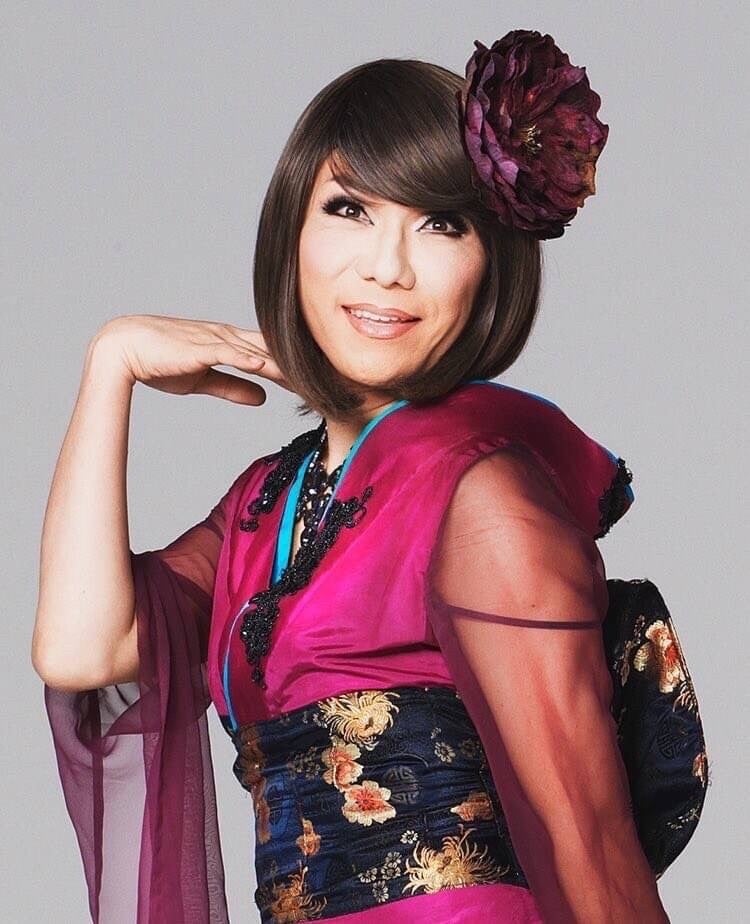 We will sell and exhibit excellent local products of Yamanashi Prefecture, such as agricultural and livestock products such as local chickens, forest products such as shiitake mushrooms and cloud ear mushrooms, and local sake such as wine and sake. It will be a marche where the good things of Yamanashi gather together.
Date and time: October 29, Reiwa 4 (Sat) 10:00～16:00
Location: Maizuru Castle Park South Square 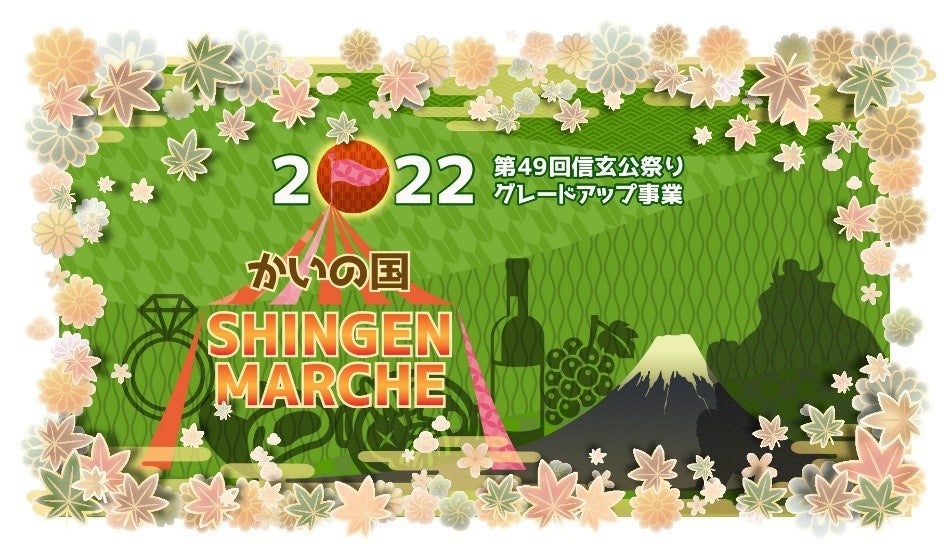 To liven up the Shingen-ko Festival, high school students and other young people from within the prefecture will put on an energetic stage performance. In addition, “Haya” and “Ryuto”, past winners of the “U-18 Vocal & Dance Championship (sponsored by Yamanashi Nichinichi Shimbun and Yamanashi Broadcasting)” will also appear.
Date and time: October 29, Reiwa 4 (Sat) 10:00～16:00
Venue: Maizuru Castle Park South Square special stage 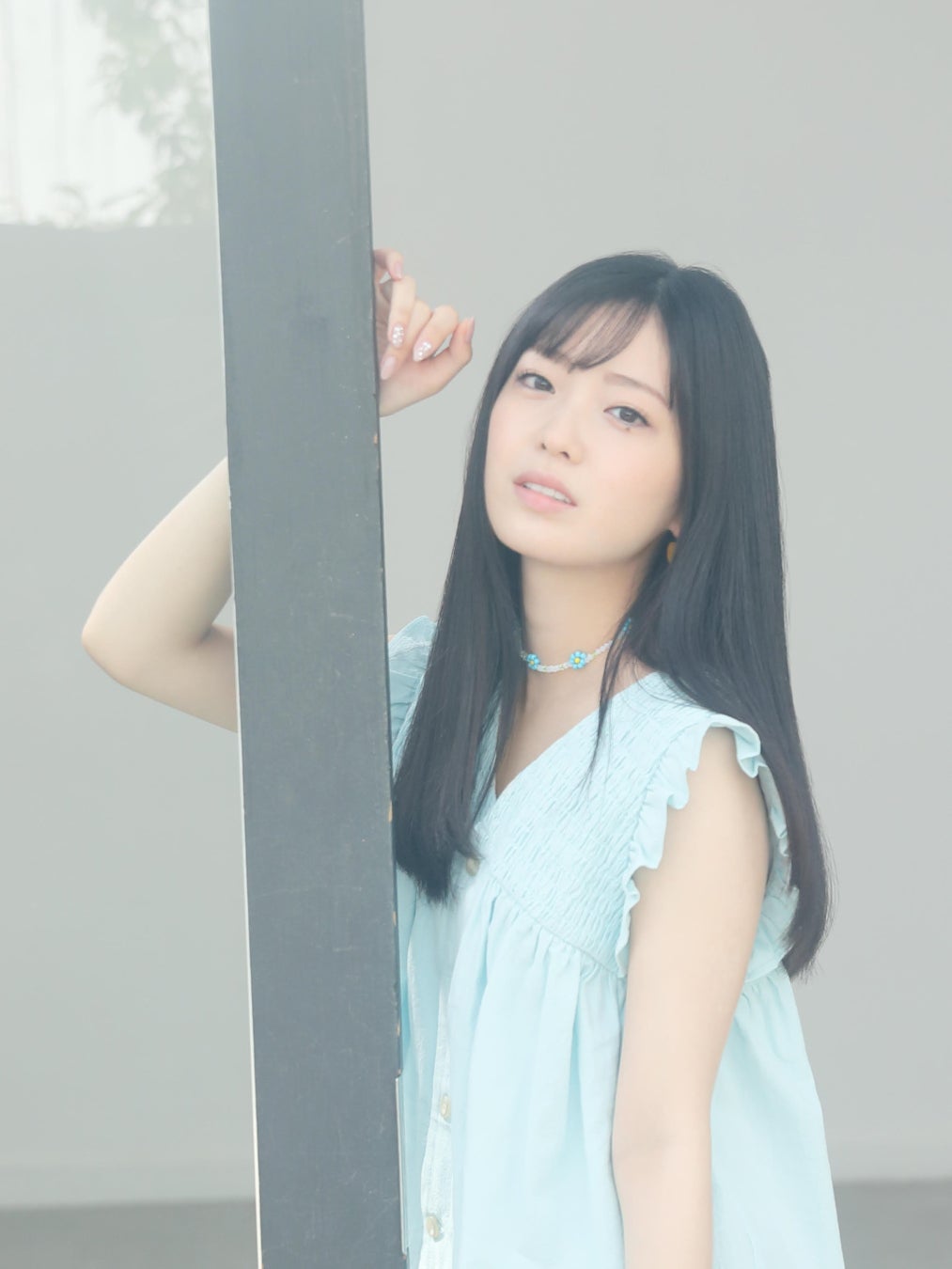 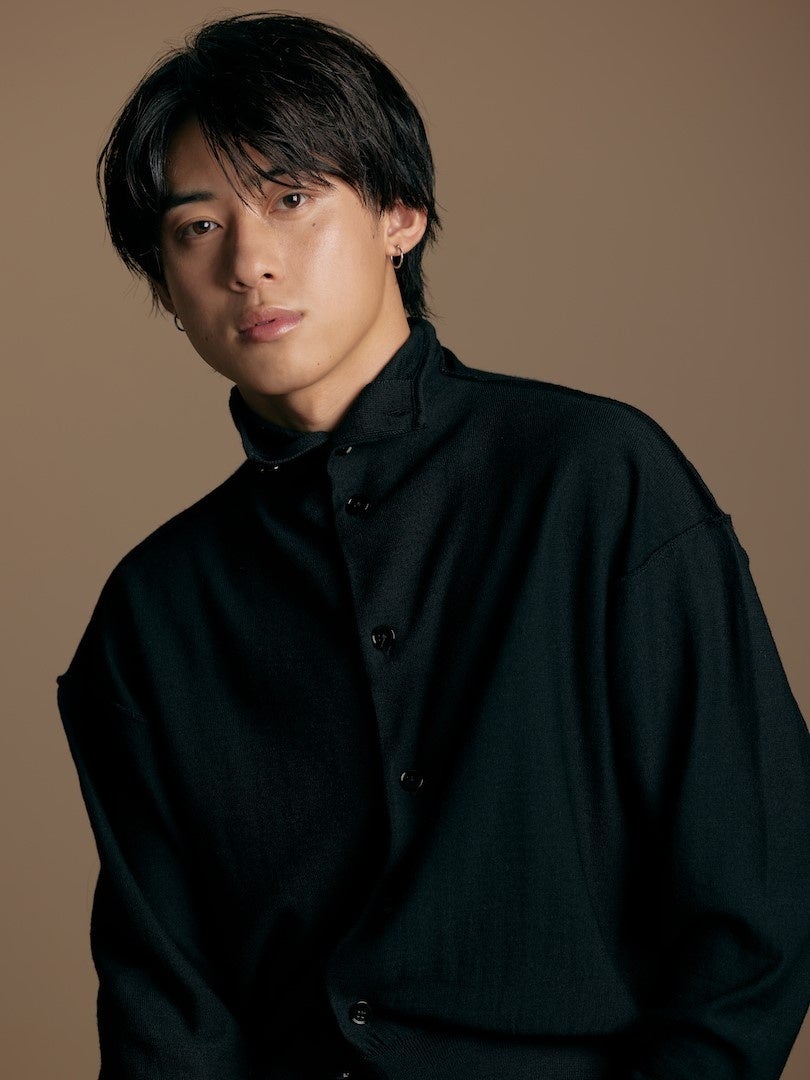 The event “Hishimaru Ninja Army”, which was very popular at the 500th anniversary event of Lord Shingen’s birth (held in April 2020), will return. Hishimaru Takeda, the captain of the Yamanashi sightseeing caravan, will hold four entrance exams (sports games) for the Hishimaru Ninja army, wind, forest, fire, and mountain, prior to the “Koshu Corps Departure”. It is an event that many people from children to adults can enjoy. Athletes will also appear on the day of the event.
Date and time: October 29, Reiwa 4 (Sat) 14:00～17:00
Location: Yamanashi Prefectural Disaster Prevention New Building South Road 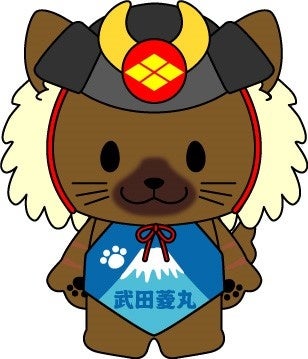 If you purchase the “Shingenko Festival Special Menu / Special Plan” provided by participating shops in various parts of the prefecture and collect points, a digital point rally will start where you can win local products from Yamanashi Prefecture by lottery.
Campaign period: Saturday, October 8, 2020-Sunday, November 13 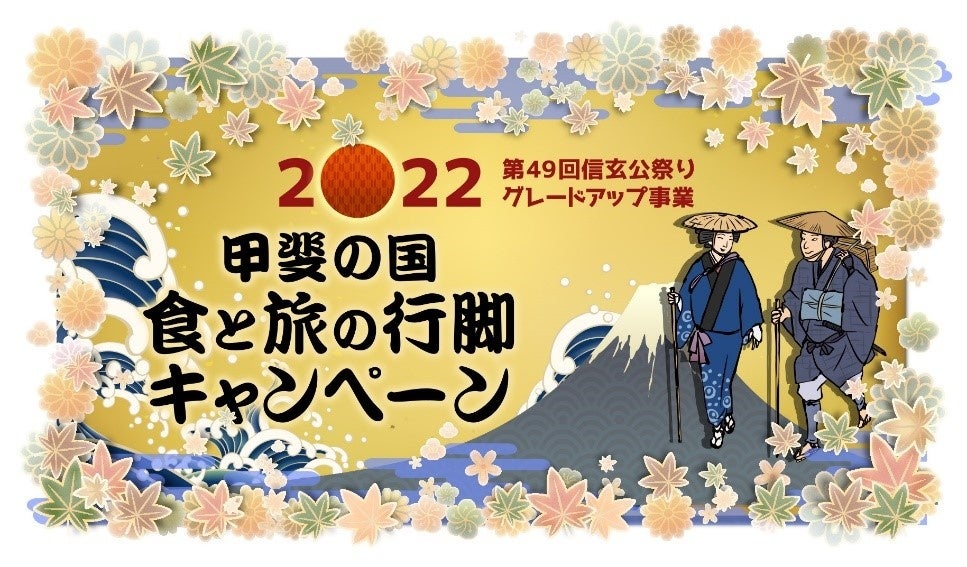 On October 28, 2020 (Friday), the first day of the Shingenko Festival, fireworks will be launched in collaboration with the “Shinmei Fireworks” in Ichikawamisato Town, which is known as the town of fireworks.
Date and time: October 28, Reiwa 4 (Gold) 19:00～
Venue: Maizuru Castle Park special stage
(What is Shinmei Fireworks?)

It is said that fireworks were set off on July 20, the anniversary of the death of Jinzaemon, a master of Japanese paper making, a local industry in Ichikawamisato Town. During the Genroku and Kyoho eras (1688-1736) of the Edo period, it was considered one of Japan’s three major fireworks, and was bustling with people. The Koihime Contest was held on September 17, 2020, and this year’s Koihime was selected. Every year, the contest, which is held on the first day of the Shingenko Festival, is held ahead of schedule, and the selected Koihime is engaged in PR activities in various places inside and outside the prefecture to disseminate sightseeing information for Yamanashi, including publicizing the Shingenko Festival.
(What is Koihime Contest?)

This is a contest to determine the Grand Prix, based on the image of Princess Koi (Suwa Goryonin), who is the concubine of Lord Shingen Takeda and the biological mother of Katsuyori Takeda. Females over the age of 18 who have a love for Yamanashi can apply. The selected Koihime will participate in various events for Yamanashi Prefecture tourism PR for one year. 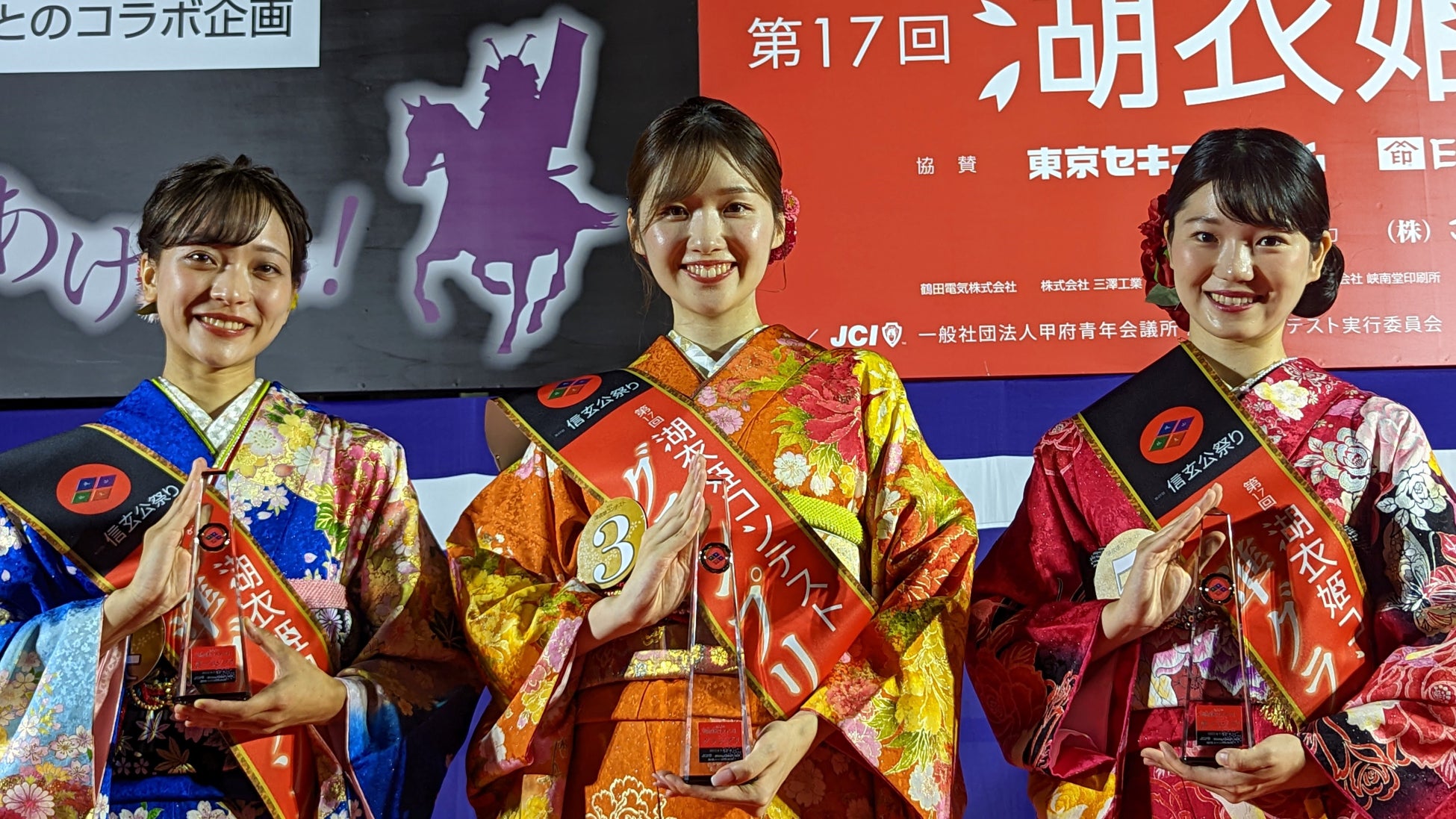 A countdown project using the Twiiter account and an introduction project for the groups and military commanders participating in the Koshu Corps departure using Facebook will be carried out.
(Twiiter countdown project)

Yamanashi Prefecture’s sightseeing caravan captain Hishimaru Takeda (@t_hishimaru), municipalities, tourism associations, etc. will post countdowns to the Shingenko Festival on their Twiiter accounts, and by retweeting those posts, more people will be able to participate. We will deliver information on the Shingenko Festival to people and foster momentum for the event. 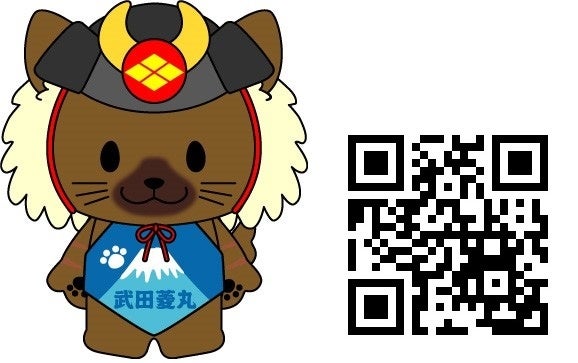 On October 29, 2020, “Koshu Corps Departure”, a procession of Shingen Takeda, the twenty-four generals of Takeda and a princess is scheduled, and companies and municipalities with offices in the prefecture will participate in each military commander. They dress up as princesses and parade through the town of Kofu.
In this project, we will introduce the anecdotes of the military commanders and princesses who appear in the Koshu army corps departure and introduce each group that will go to the front this time every day to create excitement throughout the prefecture.
(referral account) 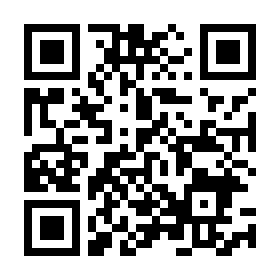 Starting with the events on the day of the Shingen-ko Festival, we will issue an official guidebook that covers various events of “Shingen-ko Week” and sightseeing information in the prefecture. The usual A5 size has been changed to A4 size. In addition, the cover is also laminated to give it a more luxurious feel. In addition, the illustration on the back cover is newly written.
(Installation location) 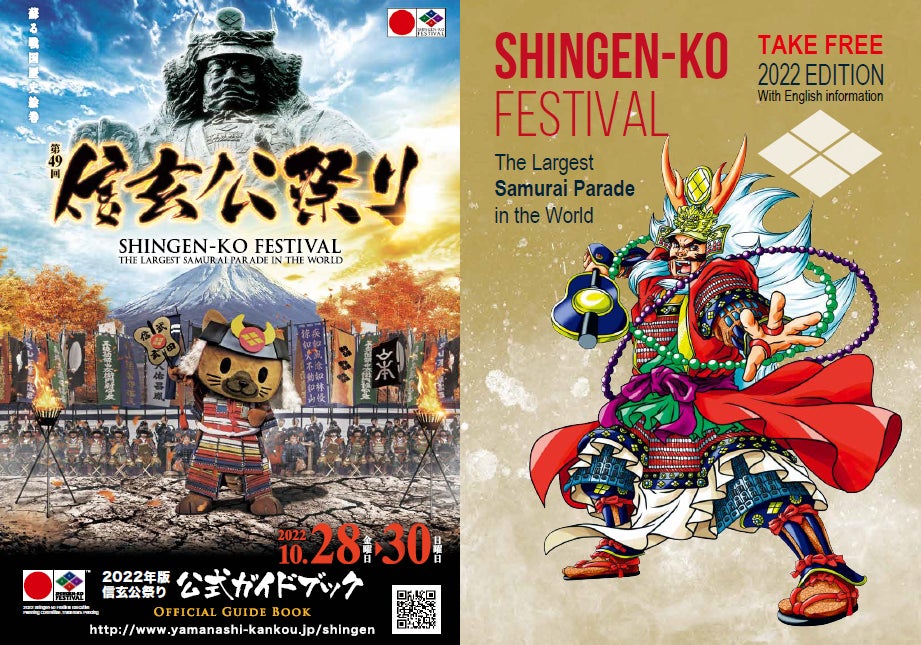 If you take a picture at the place specified in the Shingenko Festival guidebook, you can enter a lottery to win a prefectural product.
Date and time: October 29, Reiwa 4 (earth) 10:00～17:00

Experience the history and culture of Kofu in a fragrant traditional tea ceremony, and enjoy heart-warming exchanges.
Date and time: October 29 (Sat), 30 (Sun), Reiwa 4, 10:00～15:00
Location: In front of Crystal Earth at the north exit of Kofu Station

You can learn about the history and culture of Yamanashi Prefecture at Maizuru Castle Park. Admission is free.
(First)
Takeda’s stronghold

In Yamanashi Prefecture, from October 27th (Friday) to 30th (Sunday), 2020, the Shingenko Festival will be held, followed by Halloween (October 31st) and Shingen Takeda’s birthday (November 3rd). , Kofu Lovers Festival (November 5, sponsored by Kofu City), Kawanakajima Battle Sengoku Picture Scroll (November 6, sponsored by Fuefuki City), etc. The period before and after this event will be referred to as “Shingen-ko Week,” which will reaffirm Shingen-ko’s achievements and celebrate the overcoming of COVID-19 with the participation of all citizens of the prefecture. 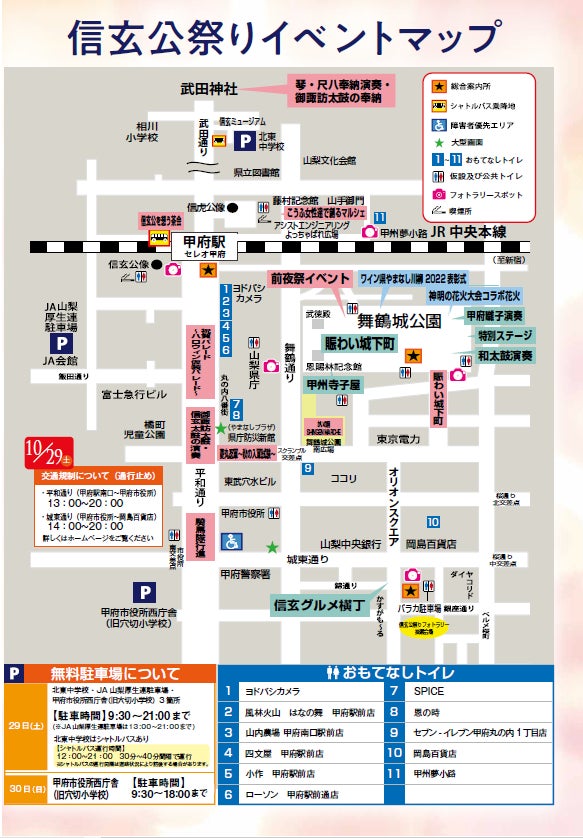