On the 21st, Navitime Japan announced a preliminary analysis of the effects of the opening of the “West Kyushu Shinkansen”.

The transportation data business of Navitime Japan Co., Ltd. (President: Keisuke Onishi, Headquarters: Minato-ku, Tokyo) has released preliminary figures for the effect analysis associated with the opening of the “West Kyushu Shinkansen” on September 23, 2022 (Friday). We will announce it. 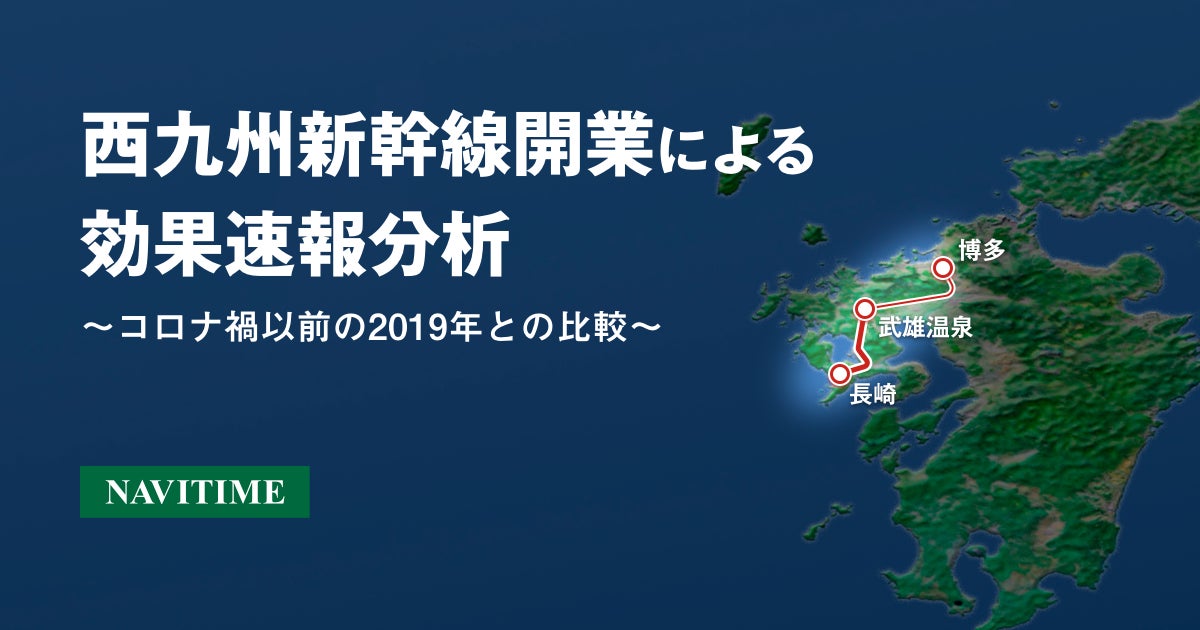 1 In addition to Nagasaki Station and Takeo Onsen Station, which are stops of the Nishikyushu Shinkansen, the number of searches for railway stations in Nagasaki Prefecture is also on the rise.

Based on the above survey targets, we aggregated the search results for “destination station” when Hakata Station is the departure station.
Compared with the number of searches in 2022, Shin-Osaka, which was the most frequently specified destination in 2019, had 1.0 times the number of searches compared to 2019, which is about the same as before the spread of the new coronavirus infection. The number of searches for “Nagasaki Station”, which is the starting and ending station of the Kyushu Shinkansen, has increased by about 4.5 times, and for “Takeo Onsen Station” has increased by about 4 times. In addition, searches for railway stations in Nagasaki Prefecture such as “Isahaya Station”, “Huis Ten Bosch Station”, and “Sasebo Station” have also increased by about 1.5 to 2 times, although they are not stops of the Nishikyushu Shinkansen. Based on the above results, it is expected that the opening of the Nishikyushu Shinkansen will attract visitors not only to areas along the line, but also to other areas in Nagasaki Prefecture, which will have an economic ripple effect. 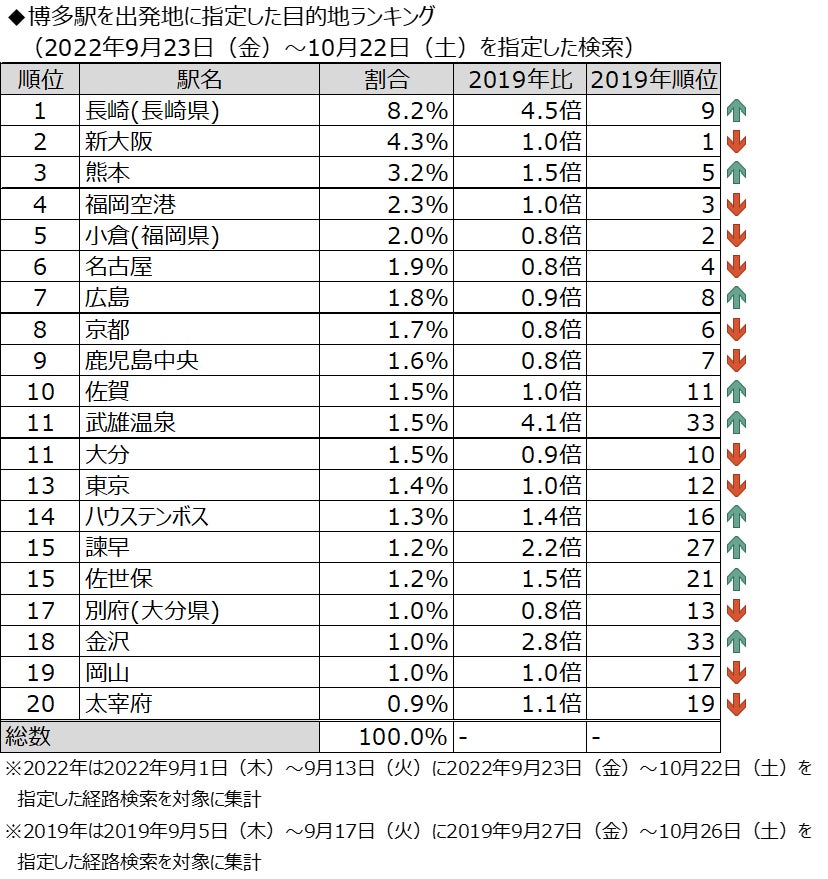 Comparing the results based on the above survey targets, it can be seen that searches for “public transportation” are increasing in each prefecture. This is also due to the lifting of movement restrictions, but in Nagasaki Prefecture, which is along the Nishikyushu Shinkansen line, the number has increased about twice. The above results suggest that with the opening of the Nishikyushu Shinkansen, there is expected to be a large demand for traveling mainly by public transportation, including the Shinkansen, when visiting areas along the line. 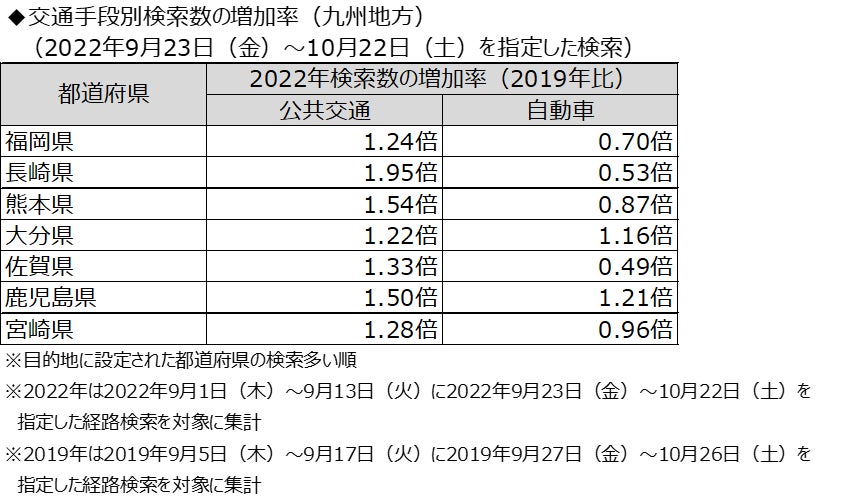 * Postscript on the same day: There was an error in the content, so I will correct it.

Pos Sebelumnya: Candidate of Sciences degree will be given without a dissertation
Pos Selanjutnya: Magatol, 13-year-old nephew dead in a fallen SUV in the irrigation