On the 1st, Keio Electric Railway started the autumn version of the PR campaign “The best seasons are spring, summer, autumn and winter. Mt. Takao”. 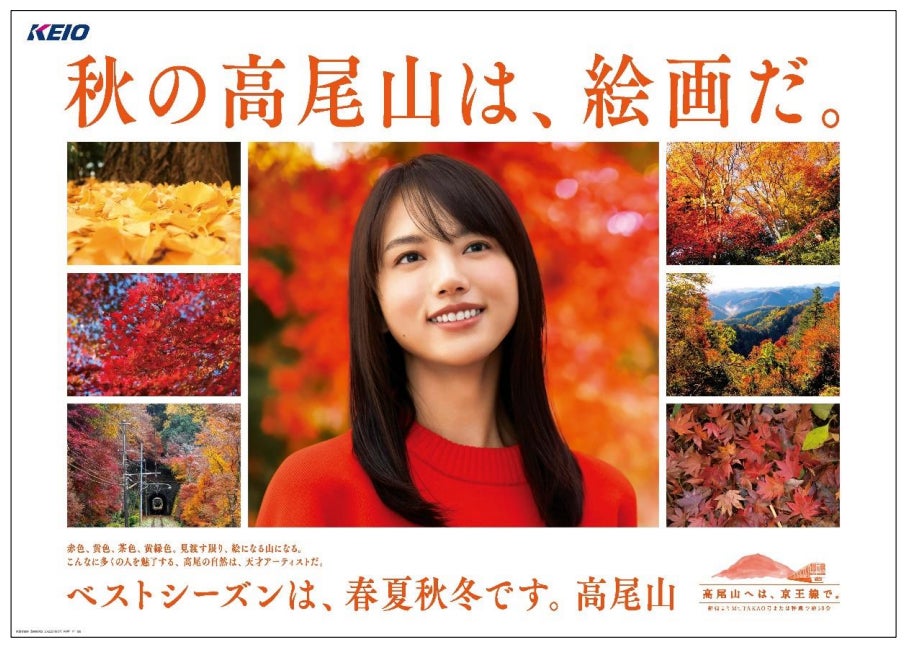 This is one of the leading natural wonders along the Keio Line, about 50 minutes from the city center.at “Mt. Takao”Each of spring, summer, autumn and winterIntroducing charmdeath,
“Keio will take you to Mt. Takao, which is always the best season.」Based on the concept, it will be deployed at stations and on trains according to each season, spring, summer, autumn, and winter. The spring edition, which will be held from April 1st (Friday), will read, “Mt. Takao in spring is the city of flowers.” The summer edition, which will be held from the 1st (Wednesday), will be a copy of “Mt. Takao in summer is music.” The autumn edition will be titled “Mt. Takao in autumn is a painting.”
In addition, it has been implemented since July last year,linked with this measuretv setＣＭwill continue to be broadcast.
The details are as follows.

Through the collaboration of actress Kaya Kiyohara and the beautiful nature of Mt. Takao, we will express the message that Keio will take you to Mt. Takao, which is always the best season.

Period: October 1st (Sat) ~
Four types of posters are displayed each year in stations and on trains.
*Some stations and trains are not posted. 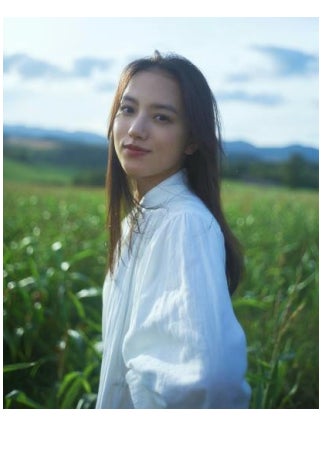 Date of Birth: January 30, 2002
Birthplace: Osaka Prefecture
Born in 2002 in Osaka Prefecture.
Won the Grand Prix at “Amuse Audition Festival 2014” and debuted as an actress in the NHK serial TV novel “Asa ga Kita”. She has appeared in many TV shows, movies, and commercials. In the first half of 2021, she will appear as her heroine, Mone Nagaura, in her TV series “Welcome back Monet”. She won many awards, including the Best Supporting Actress Award at the Japan Academy Awards for her role in the movie “For those who were not protected”.
Starting in October 2022, he will star in the Nippon TV new Sunday drama “Reichu Detective Hisui Shirozuka”.