Recruit Co., Ltd. (Headquarters: Chiyoda-ku, Tokyo; President: Yoshihiro Kitamura) conducts surveys and research on tourism, and the regional promotion organization “Jalan Research Center” (Center Director: Tsuguhiko Sawanobori) is active in the domestic overnight travel market as a whole. “Domestic Overnight Travel Needs Survey” (formerly known as “Survey on the Impact of the Novel Coronavirus on the Travel Market”), in which travelers’ willingness to travel and plans to travel are collected and widely publicized, with the aim of has been ongoing since March 2020, and we will report the latest results along with the survey details.

■Summary of survey data as of September
64.1% of people willing to travel domestically overnight

Regarding trips in autumn, 19.5% of people are planning to go on a trip.
18.8% said they have no plans yet, but would like to travel, and 38.3% are positive about traveling.

48.0% of the destinations for autumn trips were far away, an increase of 4.4 percentage points from 43.6% in summer in the previous survey.

≪Explanation≫Travelers’ minds are shifting to With Corona.The number of people wishing to travel has remained constant without decreasing Willingness to travel further afield than in summer

Since the March 2022 survey, those who are willing to travel domestically have remained stable at over 60%. Those who answered that they plan to travel in the future decreased by 3.7 points from July 2022 to 28.7%. However, this decline is not due to a decline in overall motivation, but rather due to seasonal effects such as the end of summer vacations in July and August and fewer family trips, as well as the shift from domestic travel to overseas travel. It is thought that there is also an influence of the person who made the change.
In addition, the percentage of those who have plans to travel has increased by about 1.8 times compared to the willingness to travel in September last year.
38.3% are enthusiastic about domestic overnight trips this fall. Compared to the previous survey’s intentions for travel destinations in the summer (excluding the Obon season), the spread of travel areas has increased, such as the ratio of distant places (farther than neighboring prefectures) increased by 4.4 points. You can see
The survey was conducted from September 2nd to 4th, but after the peak of the number of people infected with the new coronavirus passed, the policy for reviewing the grasp of the total number of infected people and the PCR test when returning from overseas travel were vaccine 3. It was announced that it was planned to be unnecessary with more than one vaccination. Since March of this year, the desire to travel and the number of people planning to travel have remained at a certain level, and the desire to travel further afield is increasing. Unlike the self-restraint mood of last year, it is believed that the survey data shows the “with corona” travel mindset of resuming daily life, including leisure, while being conscious of preventing the spread of new coronavirus infections. . 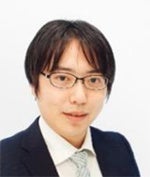 Purpose of the survey: Regularly interview travelers about their desire to travel and their plans of action, and contribute to the expansion of the travel market by making use of the results for specific measures centered on regions and accommodation facilities.
Survey target: Macromill member monitor 1,652 people aged 20 to 79 nationwide
Equal distribution by gender and age (20s/30s/40s/50s/60s/70s)
Survey period: 15th: September 2, 2022 (Friday) to September 4, 2022 (Sunday)