The government will start the “national travel support” measure to stimulate tourism demand, which was postponed due to the worsening of the new coronavirus infection. After extending the current “Prefectural Discount (Regional Block Discount)” to accommodation on October 10th, travel expense discounts for nationwide travel support will be applied from October 11th. The implementation body is the prefecture, and it is possible to attract visitors from all over the country using national funds as a financial resource. Reservations will start from prefectures where preparations are complete. For the time being, the project period is until the end of December, and tourism support measures after that, including extension of the period, will be determined based on trends in travel demand.

Prime Minister Fumio Kishida announced the start of nationwide travel support at a press conference on September 22, during his visit to the United States. At the time of the announcement, the name “National Travel Discount” was used, but it seems that the expression was combined with the “event discount” that was announced at the same time, and the name of the project will continue to be “National Travel Support.”

Unlike the “prefectural discount (regional block discount)” project, the nationwide travel support does not require the approval of the prefecture where the traveler departs, and can attract tourists from all over the country. On the other hand, prefectural governments can postpone the start of business or stop attracting customers at their own discretion due to the deterioration of the infection situation in the region.

There is no change in the discount rate and discount limit from what the Japan Tourism Agency announced on June 17. Specifically, the discount rate is 40%, the maximum discount per night is 8,000 yen for travel products with transportation, and 5,000 yen for accommodation only. Coupons that can be used at souvenir shops and restaurants at travel destinations are 3,000 yen on weekdays and 1,000 yen on weekends.

The high discount limit for travel packages with transportation is aimed at promoting long-distance travel and strengthening support for transportation operators, as the target audience has expanded nationwide. Regarding the amount of coupons given, the amount given on weekdays was higher than on holidays in order to diversify demand.

As with the “Prefectural Discount (Regional Block Discount)”, the requirements for users of the nationwide travel support are a history of three vaccinations and proof of a negative test. The Japan Tourism Agency has a policy of allowing discounts to be applied to trips that have already been booked and applied for, but the procedures are likely to vary by prefecture.

Regarding the start of nationwide travel support, Prime Minister Kishida said at a press conference on September 22, “By having many people use it, we would like to support the accommodation and travel industries that have suffered from the corona disaster.” At a press conference on September 26, Minister of Land, Infrastructure, Transport and Tourism, Tetsuo Saito said, “I want people to enjoy long-distance trips using public transportation, as well as weekday trips.” I want to work on it,” he said.

Prefectures, which are the implementing body, are responsible for secretarial work such as business registration, subsidy settlement, and coupon distribution. However, since travel will be on a nationwide scale, travel agents and OTAs outside of prefectures will be able to register for participation and settle subsidy payments through the national government’s nationwide travel support business “unified window.” do.

The start date for nationwide travel support was set for October 11th. As for the reason, the Japan Tourism Agency cited the need to secure the necessary preparation period from the announcement to the start of the business and to stimulate demand after the three-day weekend in October. Regarding the decision to extend the project period until the end of December, he explained, “There is debate as to whether or not to include the year-end and New Year holidays, but for the time being, the image is for the end of the year, and the specific date will be announced later.”

The existing budget allocated for nationwide travel support is about 560 billion yen in national expenses. Budgets have already been allocated to prefectures, taking into account accommodation records and other factors. If prefectural governments have remaining budget for the “prefectural discount (regional block discount)” project, it is possible to use it to support nationwide travel. In addition to the national travel support, about 270 billion yen has been secured as a budget for “New Go To Travel”, but the policy is whether to allocate it to the extension of the national travel support or to implement a new Go To Travel. has not been decided.

Regarding the possibility of extending the nationwide travel support with the deadline for the time being in late December, and the measures to stimulate tourism demand after that, Minister of Land, Infrastructure, Transport and Tourism Saito said, “Including measures after the beginning of the year, measures to stimulate future travel demand will be We will respond appropriately based on the situation and trends in tourism demand.” The Japan Tourism Agency also said, “We will think about it while taking into account the necessity of support.” 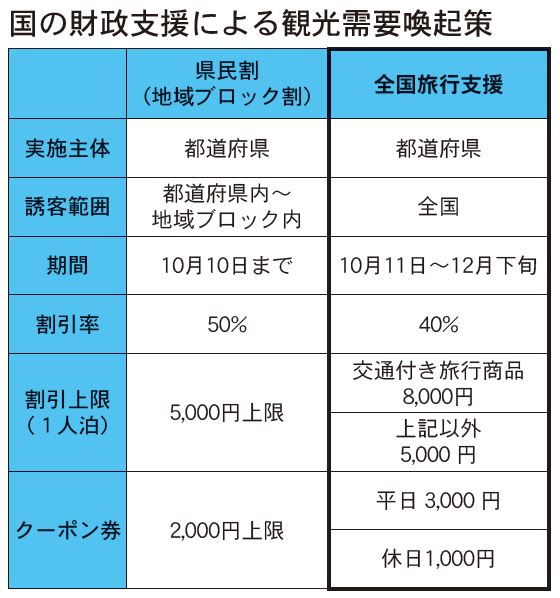